Aug 26
I promised a patient of mine that I would post a breakfast recipe that is high in protein and doesn’t include eggs. So, here it is! This dish is made from buckwheat, which is gluten-free and high in protein. 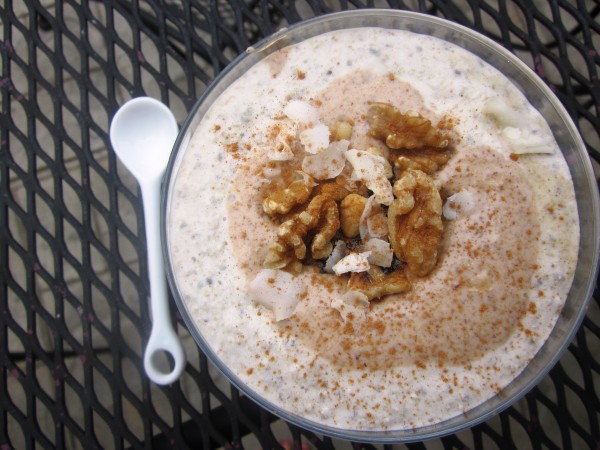 A lot of people mistakenly believe that buckwheat is a cereal grain but in actuality, it’s a fruit seed that is related to rhubarb and sorrel. It is a great source of manganese as well as magnesium and dietary fiber. It also contains two flavonoids (rutin and quercitin) that protect against disease by extending the action of vitamin C and act as antioxidants. Furthermore, the protein in buckwheat is a very high quality protein that contains all eight essential amino acids, including lysine. Diets that contain buckwheat have been linked to lowered risk of developing high cholesterol and high blood pressure. The nutrients in buckwheat may also contribute to blood sugar control. This is a great breakfast choice that will satisfy your hunger, keep you feeling full for longer, and is very nutritious. Hope you enjoy it as much as we do!